We want to show you clearly the importance of your brand surveillance and why our specific plan is necessary. Situations such as the example shown below are common and your brand is not exempt from being able to face circumstances such as those imagined here

An example of the Specific Plan for the Surveillance of Trademarks © may be the following:

In the surveillance plan of this brand should be discarded as generic the name PATISSERIE, since any pastry chef has the right to use this name.

Therefore, the distinctive sign to be monitored would be DULCICLAIR. 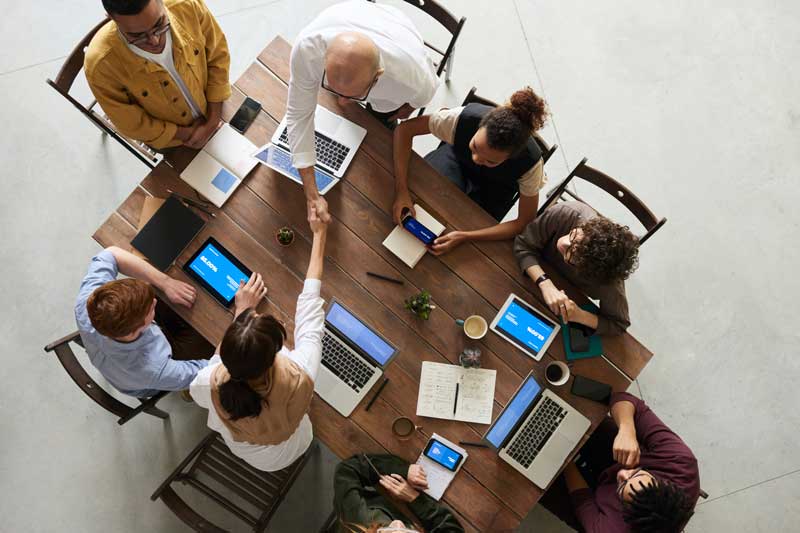 Accordingly, consideration should be given to their comparison with the following:

Comment: The monitoring of consonant phonetic similarities can be programmed conventionally, although there are some that are considered vacuous such as TULTICLAIR or DULTICLAIR can be discarded by hand at the time of drawing up the specific comparative list, not being possible for the computer program to do so because it does not find references on which to rely.

Comment: The monitoring of vowel phonetic similarities can be programmed conventionally, although there are some that are considered vacuous such as DOLCICLAIR could be discarded manually at the time of drawing up the specific list of analogies to be compared, which the computer program cannot do because it does not find references to rely on.

Comment: It is not possible to separate these denominations of a creative nature by any program because there is no support, since they are conjunctions of words created advertising and not approved in dictionaries.

Not being able to be separated computerized can give the paradox that two denominations of identical pronunciation, DULCICLAIR and DULCI CLAIR are not programmatically detected. Hence the need to manually draw up the list of similarities by separation to be compared.

Synonyms in Spanish to be included in the comparative list:

Comment:  The monitoring of synonymic similarities in Spanish are often impossible to program conventionally due to their creative nature and if achieved there are always synonyms that, because they are comparatively vacuous such as GOLOSINCLAIR, could be discarded manually, which a computer program cannot do either.

Synonyms in English and French:

Comment:  The monitoring of synonymic similarities in other languages commonly used in trademarks such as English or French, are often impossible to program conventionally, due to their creative nature and if achieved there are always synonyms that, because they are comparatively vacuous such as BONBONCLAIR, could be discarded manually, which the computer program cannot do.

Of all these comparative options, some can be confirmed because they are considered suitable and others dismissed as comparatively harmless. They can be sorted randomly, but there should be no repeats, because that would distort the comparative program.

Here is an example of a comparative list that has been prepared specifically for the chosen brand. This is how you must do for each brand according to the Heda Watch Plan. You, together with Heda’s advisor, can discard from the list those comparative options that you consider innocuous or add or modify those that you consider suitable.

This list is unfailingly compared by computer crossing with all trademark applications published in the national, Europe union and international daily bulletins and if any coincidence is found, the owner of the monitored mark is notified by e-mail to decide whether or not to file an opposition.

Guaranteed protection of your trademark rights. 30 years of experience at the service of your brand

If you do not want to receive any more emails or more information, click on

This website uses cookies to improve your experience while you navigate through the website. Out of these, the cookies that are categorized as necessary are stored on your browser as they are essential for the working of basic functionalities of the website. We also use third-party cookies that help us analyze and understand how you use this website. These cookies will be stored in your browser only with your consent. You also have the option to opt-out of these cookies. But opting out of some of these cookies may affect your browsing experience.
Necessary Always Enabled
Necessary cookies are absolutely essential for the website to function properly. These cookies ensure basic functionalities and security features of the website, anonymously.
Functional
Functional cookies help to perform certain functionalities like sharing the content of the website on social media platforms, collect feedbacks, and other third-party features.
Performance
Performance cookies are used to understand and analyze the key performance indexes of the website which helps in delivering a better user experience for the visitors.
Analytics
Analytical cookies are used to understand how visitors interact with the website. These cookies help provide information on metrics the number of visitors, bounce rate, traffic source, etc.
Advertisement
Advertisement cookies are used to provide visitors with relevant ads and marketing campaigns. These cookies track visitors across websites and collect information to provide customized ads.
Others
Other uncategorized cookies are those that are being analyzed and have not been classified into a category as yet.
SAVE & ACCEPT
error: Content is protected !!